125shares
This article may contain affilate links. As an Amazon Associate I earn from qualifying purchases.

A low carb, or keto diet, commonly calls for daily carb counts that are less than the carbs in 1 cup of flour. A cup of whole wheat flour can have up to 73 net grams of carbs. This can be more than 3 times a person’s macros for carbs each day!

Almond Flour For The Keto Diet

How is almond flour made?

Made from ground up almonds, almond flour is generally a good 1:1 replacement for white or wheat flour. There are 2 types of almond flour, blanched and unblanched. Both can be used interchangeably and will react the same in recipes.

You can make your own almond flour at home by finely grinding up almonds in a food processor or blender. Just be sure you don’t allow it to turn into almond butter. Stop the processing when it’s resembles tiny gravel bits, then pulse a couple more times to get it as fine as you want.

What are the different types of almond flour?

Blanched flour means that the skin has been completely removed. This is done by dipping the almonds in boiling water, then cold water to remove the skins.  It gives the flour a bit of a finer texture, and the same look and feel as white flour would have given it. My go to for baked goods is blanched flour. It’s fluffier texture and feel makes it great for pie crusts, muffins, cookies, and even pizza crust.

Also called almond “meal”, unblanched almond flour still has the skins on, and it gives it a more gritty texture. You may find that it is a bit more heavy in the final baked product. Some also can be turned off by the slightly different color, but the taste is the same.  Unblanched almond flour is great for using as a coating for fried chicken, fish, and more.

Blanched and unblanched almond flours have the same nutritional value, and carb counts as well. If you find that the more fibrous unblanched almonds cause you stomach issues, feel free to use unblanched with confidence. See Breaking The Vicious Cycle for more info on that.

How do I store almond flour?

Almond flour and other nut flours can easily go rancid quickly, so it is best that it is store in the freezer. Most almond flour comes in a resealable bag that is perfect for storage, but you can also store it in a ziplock bag, or other freezer safe container. It’s best to use a bag of opened almond flour within 3-4 months to avoid rancidity.

Yes and no.  Almonds are a healthy fat, which most of us like on the keto diet. On the flip side, almonds have a high omega 6 (pro-inflammatory) content. While not a huge deal for a snack, or the occasional baked good, having loads of almond flour may not be healthy.

Omega 6 is inflammatory and omega 3 is anti-inflammatory. In the past, our omega 6:3 ratio was closer to 1:1, in modern times it has moved to be 15:1, which becomes a  highly inflammatory diet. “Excessive amounts of omega-6 … promote the pathogenesis of many diseases, including cardiovascular disease, cancer, and inflammatory and autoimmune diseases, whereas increased levels of omega-3 PUFA (a low omega-6/omega-3 ratio) exert suppressive effects… A lower ratio of omega-6/omega-3 fatty acids is more desirable in reducing the risk of many of the chronic diseases of high prevalence in Western societies, as well as in the developing countries, that are being exported to the rest of the world.” Source.

See this post on 7 reasons to limit almond flour, too.

Where can I buy almond flour?

Most stores are carrying almond flour in their baking aisle now. I have seen it at Costco, Walmart, and even Aldi. You can also find some of my favorite brands here:

Coconut flour is a soft flour made from the pulp left over after producing coconut milk. It is far denser than regular flour, or almond flour. It has a subtle coconut flavor and a light hint of sweetness. This is great for baked goods. Savory dishes can also use coconut flour, but you may want to consider the spice amounts with the coconut flavor.

How do I store coconut flour?

Coconut flour absorbs moisture, and needs a cool, dry place to be stored. It’s best to not store it in the freezer or fridge due to the moisture. I store mine in an airtight container in the back of my pantry shelf.

Can you substitute coconut flour for almond flour in keto baking? What is the general ratio rate? Can you do it 1:1 or does something else need to come into play? #keto #lowcarb #lchf #ketobaking #almondflour #coconutflour #paleoClick to Tweet

Can I substitute coconut flour for almond flour?

Sure you can! It can take some practice, and learning to work with the differences, but it is very possible to do. Coconut flour is a great flour for the keto diet, and can lend a sweetness to baked goods without a need for a lot of added sweeteners.

For savory dishes, it may need more seasonings. Coconut flour doesn’t tend to get as crunchy as almond flour, so you may not get the same results from it when using it for a breadcrumb replacement.

Where can I buy coconut flour?

Coconut flour is also becoming more widely mainstream at local grocery stores. You can find it at most Walmarts, Aldi, Trader Joes, and Sprouts carries it in their bulk bins. Here are some of my favorite brands to try:

Tips for baking with coconut flour.

Most baking experts say that you can sub almond flour for coconut flour, but you need different amounts. A good place to start is for every 1 cup of almond flour, you use 1/4 cup of coconut flour.

Since coconut flour needs more eggs and liquid, a general place to start is for every cup of coconut flour in your recipe, you will need 1 cup of liquid and 6 eggs. Low carb baked goods with coconut flour should not be runny, however. A runny batter can equal a soggy mess when the baking time is done.

If the batter looks like it is too runny, remember to allow a couple minutes for the coconut flour to absorb the liquid. For keto and low carb baking, you want a thicker, stiffer batter. After a few minutes, you can add more liquid, but I would start with 1 Tablespoon at a time.

Zach is the author behind Easy Keto Dishes, a site that shares easy-to-make keto-friendly recipes and dishes.

Some of Zach's favorite keto resources include:

Perfect Keto: For those who are looking for easy supplements that support a Keto diet, Perfect Keto offers a variety of products that make it easy to stay in ketosis including keto bars, whey protein, and keto nootropics.

KetoLogic: For those who have a sweet tooth, KetoLogic sells keto-friendly chocolate candies with only 1g of net carbs & zero added sugars.

Latest posts by Zach (see all)

Zach is the author behind Easy Keto Dishes, a site that shares easy-to-make keto-friendly recipes and dishes.

Some of Zach's favorite keto resources include:

This site uses Akismet to reduce spam. Learn how your comment data is processed. 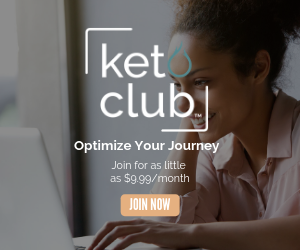 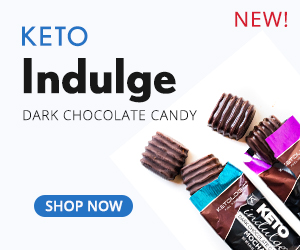 Easy Keto Dishes is a participant in the Amazon Services LLC Associates Program, an affiliate advertising program designed to provide a means for sites to earn advertising fees by advertising and linking to Amazon.com. This does not increase the price for you in any way, but helps keep this website running! The information provided on Easy Keto Dishes iis for educational purposes only. It is not intended to prescribe, diagnose, treat, cure, or prevent any disease. It is your responsibility to educate yourself and address any health or medical needs you may have with your physician. Please seek professional help when needed.